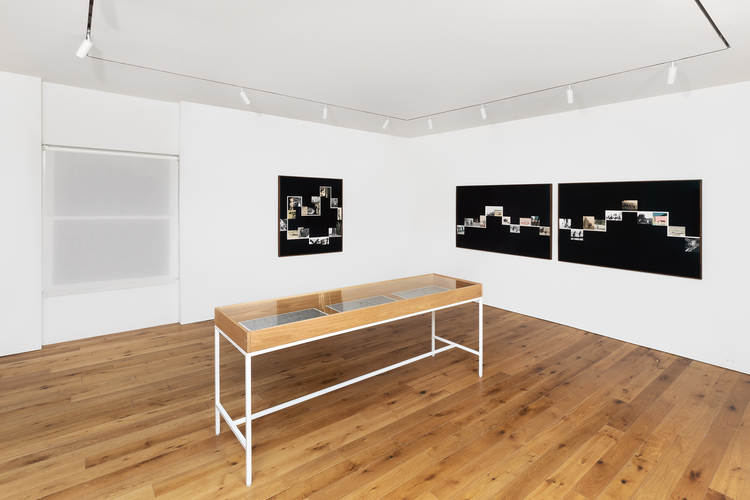 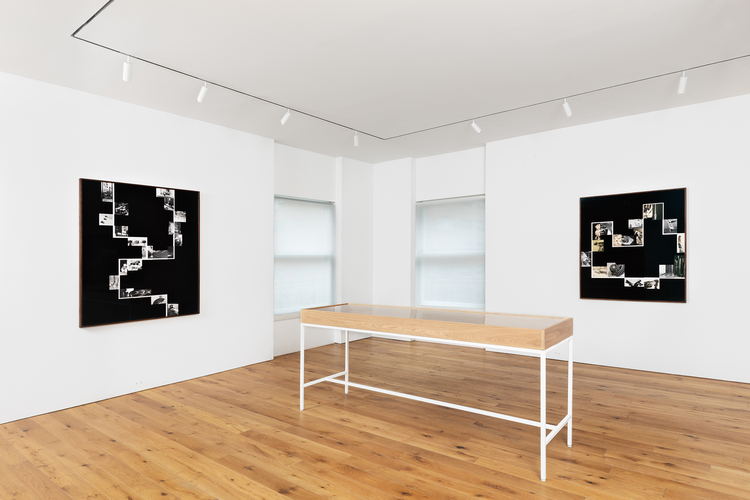 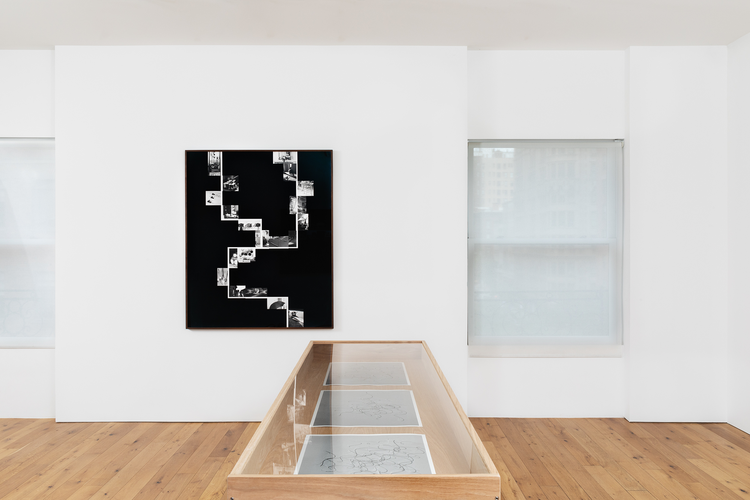 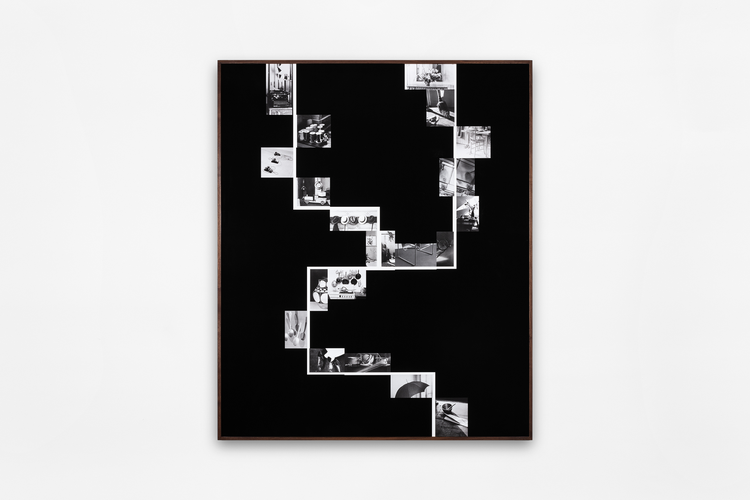 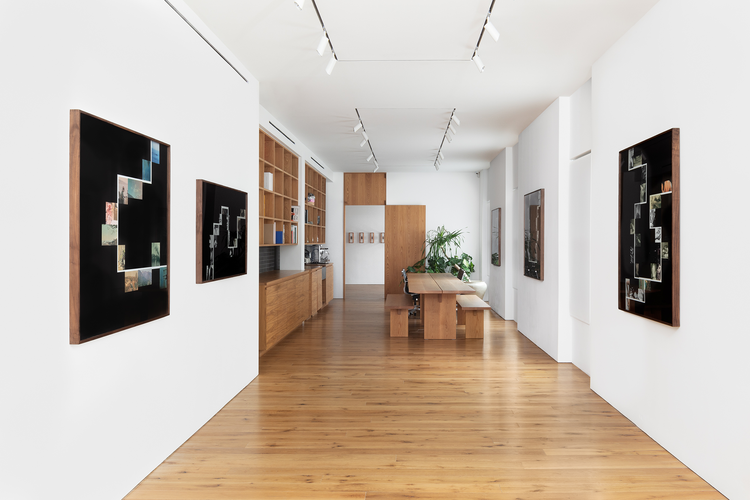 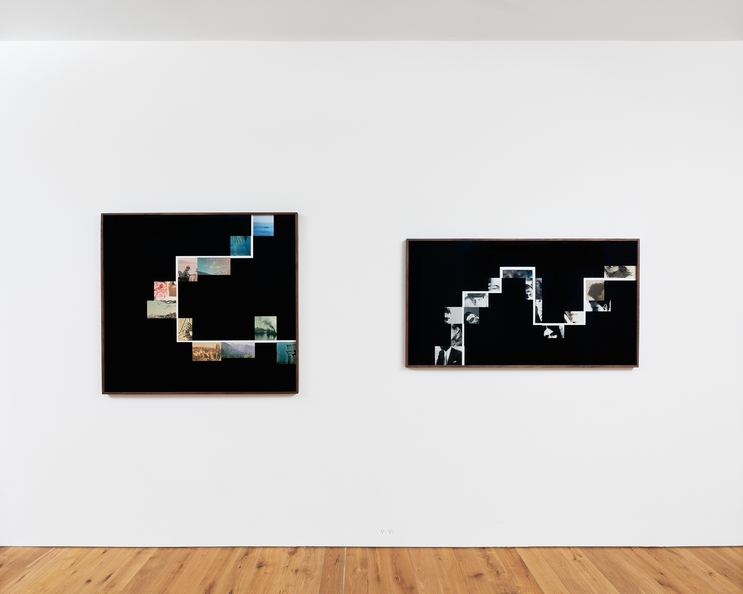 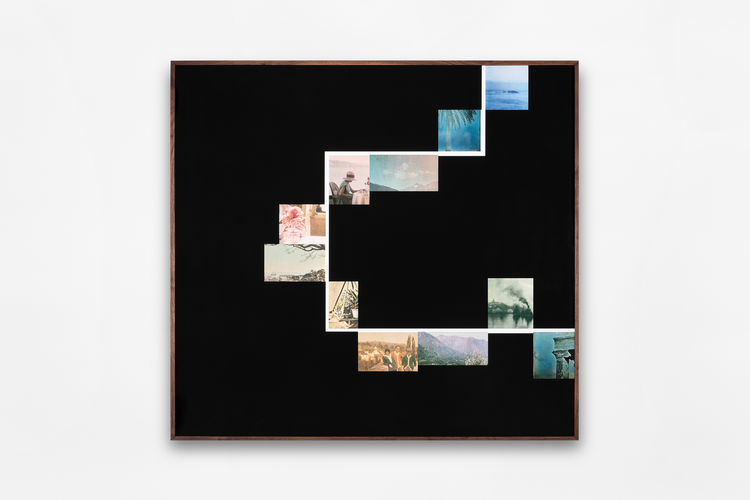 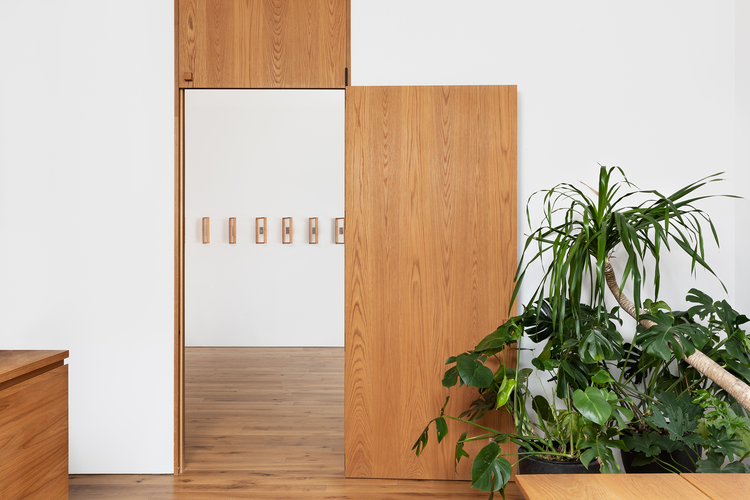 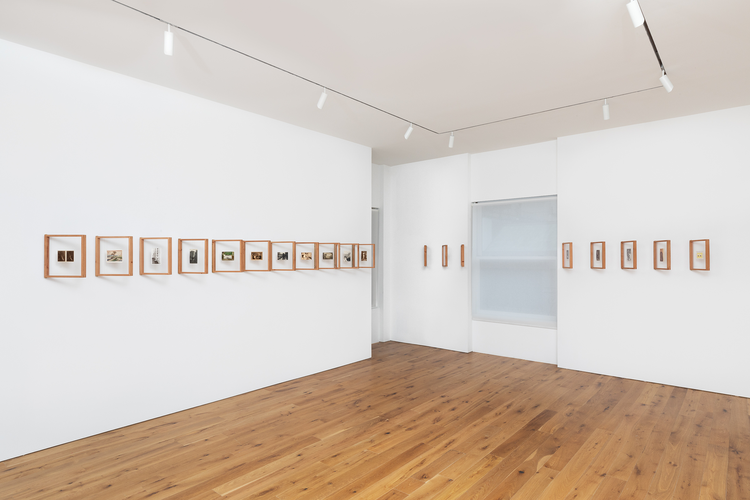 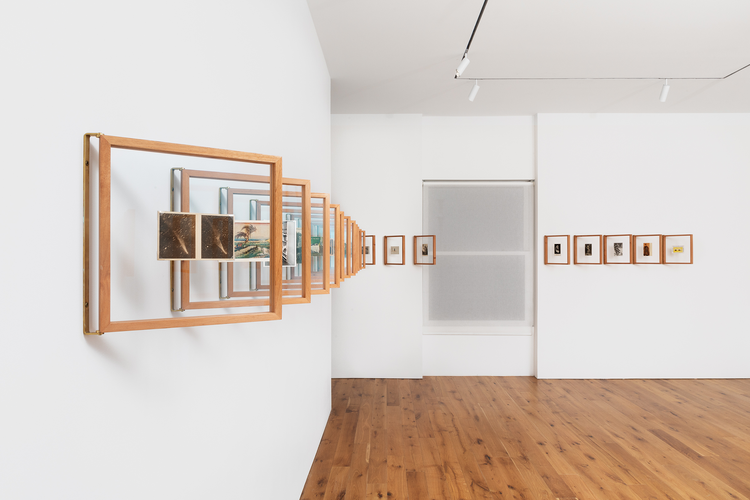 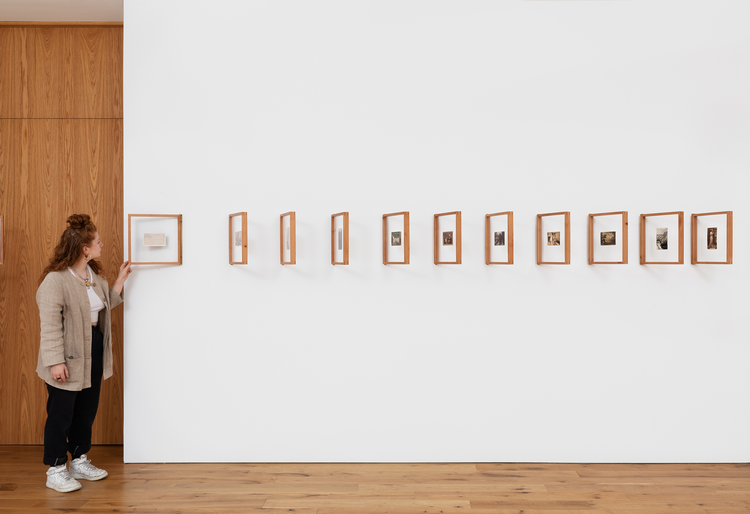 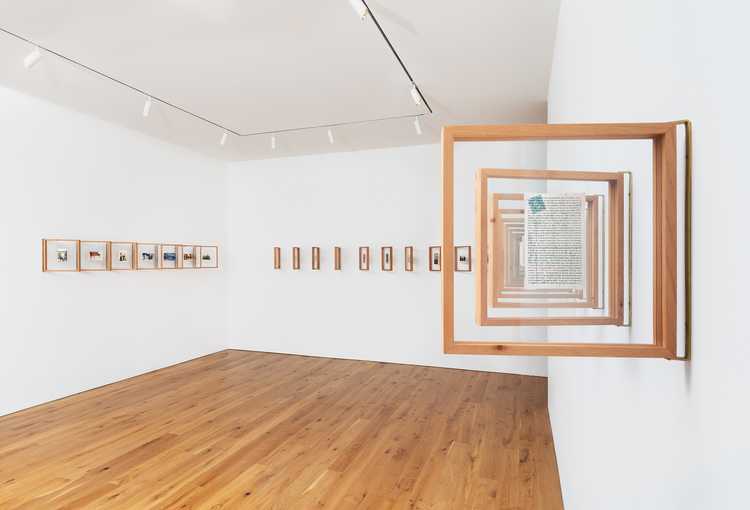 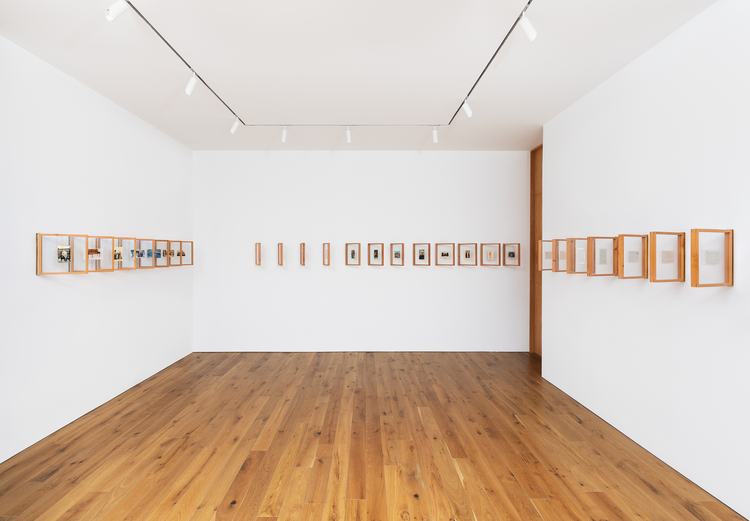 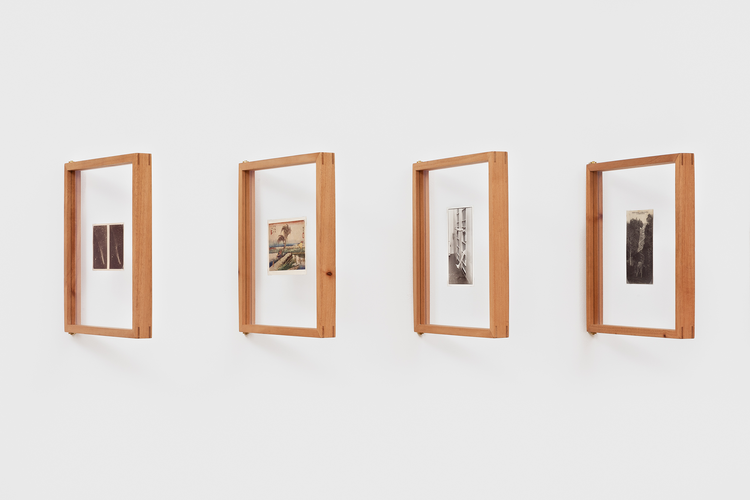 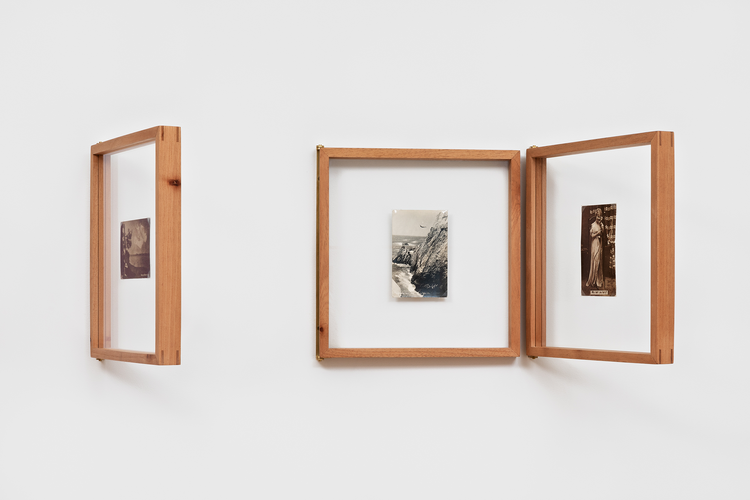 In painting and sculpture, everything starts with a fixed, singular original. Then come the copies. Art books are full of them: duplicates that seek to reproduce the origin, sometimes with great faithfulness, sometimes with absolutely no respect for what was there at the start. Photography, however, is always a copy or a reproduction of itself. As observed by David Campany, expert in photography, “A painter cannot paint their painting and then decide how big it will be, or what material it will be made from”; such variables are intrinsic to the work from the beginning. But a photographer can do this, because the photographic image has no essential relationship with the scale or material chosen to present it. A photographer, Campany reminds us, takes a photo and then decides: “Are you going to view it on your phone? Are you going to print it out?... Is it going to be a billboard? Is it going to be a T-shirt? Is it going to be a fine art print? Is it going to be a record cover?” And so, when we look at a photograph, what we actually have in front of us is a series of decisions, ranging from the original framing to the final presentation of the image. Someone decides, on this particular occasion, to show it in a certain way: large, glossy, in black and white. On a different occasion, the same image might appear in such a different configuration—small, matte, in color—that it barely evokes the other at all. Books, then, are among the natural fates of photography. There, they live happily just as they are: as substitutes.

For this exhibition, Iñaki Bonillas decided to work with photography books, because he sees them as spaces in which images can unfold freely. We need only look for the same photo printed in two or three different books to understand that we don’t really know anything about it. After all, in its multiple manifestations, a photo is sometimes sepia, sometimes black and white, sometimes yellow. The framing can be as variable as the size, contrast, and even the quality, depending on the printing method. Is any of these better than the others? It’s impossible to say. Another distinguishing feature of books is how the images are laid out on the page: sometimes they appear alone, easily filling the entire expanse of the paper; sometimes they’re presented as a group, forming a grid or an unexpected composition. Some book pages display ten or 12 images so tiny that they look more like a stamp collection than anything else. Bonillas, always attentive to the paraphotographic, soon noticed the peculiarity of the paths, almost always white, that form around the sets of images. Thus, Marginalia was born: a series of collages in which the margin occupies the center of the composition and the bits of photographs construct micro-narratives around the labyrinthine white trails that lead us around the page. This is a way to approach the photographic act, but from the edges, moving away from the heart of the images to observe them obliquely. What stands out here is what doesn’t seem to matter very much, but which is actually an essential part of our everyday photo-consumption: everything that, precisely because it is found at the fringes, clearly reveals how we tend to interact with these images. And the images themselves have become not solid bodies, like paintings, but increasingly liquid and fluid ones.

The voyage narrated by Xavier de Maistre in the late 18th century, which is certainly the first known expedition around a room, is what inspired Iñaki Bonillas’s work. Bonillas decided to conduct an exercise much like the one carried out by de Maistre, who, having defied the norms of his time by not fighting in a duel, was forced to spend six weeks on the margins of society, shut away in his own bedroom. That’s where he recounted the adventures inspired not by exotic locales, but by the furniture and objects in the character’s field of vision—which doesn’t ultimately make the journey any less exciting or entertaining. Bonillas, then, set out to create his work without leaving his studio. He spent months online, looking up other people’s travel postcards, each of which seems to illustrate an episode narrated by de Maistre in his brief self-parodying novel. In this way, the artist also plays at traveling the world without having to leave the confines of his workspace. The postcards, then, serve as visual accompaniment to a possible edition of this book. Here, though, instead of unfolding across the pages of a substantial volume, the book is compressed onto the backs of the 42 postcards—one per chapter—like notes sent from the outside world that lies just beyond the insurmountable confines of the room. Or to put it more accurately for Bonillas’s project: the notes that someone sent to the artist from the borders of that beyond. A novel in 24 little boxes, half image, half text to be read under a magnifying glass.

The photo series created for this exhibition was made by invoking an old tradition: the use of chance as a key tool in the working process. In this case, the artist gathered the shavings left over from honing the edges of different photographs, then proceeded to collect these random shapes, letting them fall onto a tabletop and settle however they felt like. Then he photographed them, in an attempt to restore what is set aside—what seems disposable and insignificant—to the center. In this way, the delicate, sinuous shavings are transformed into serendipitous sculptures that the author has likewise brought into the center of the gallery. 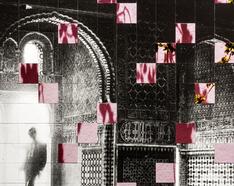