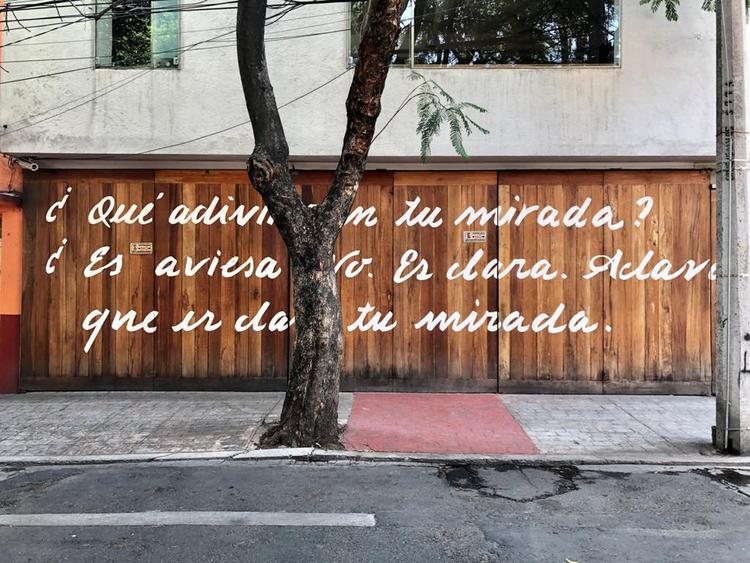 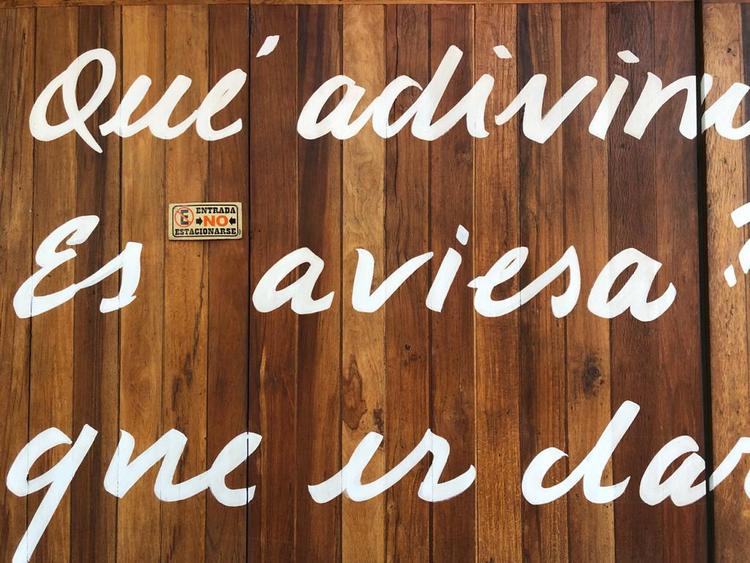 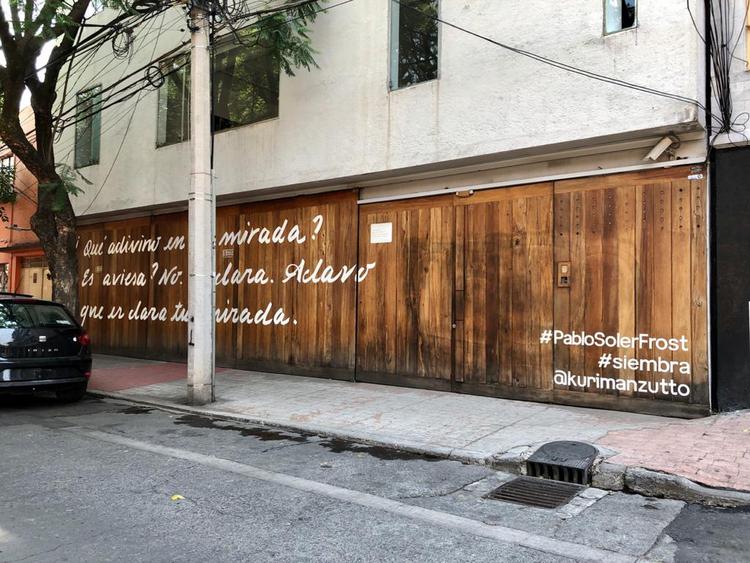 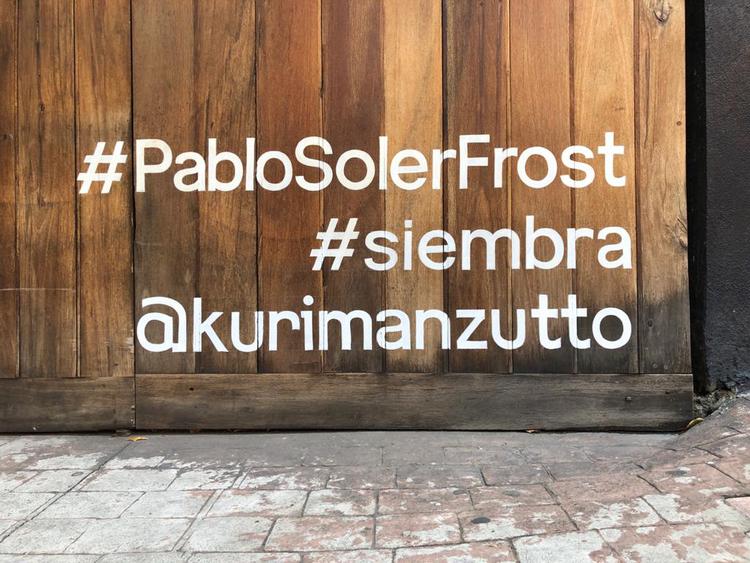 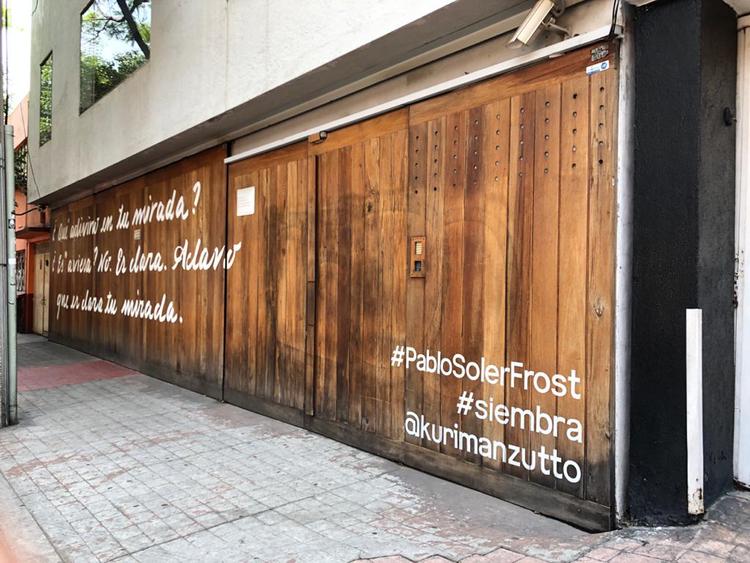 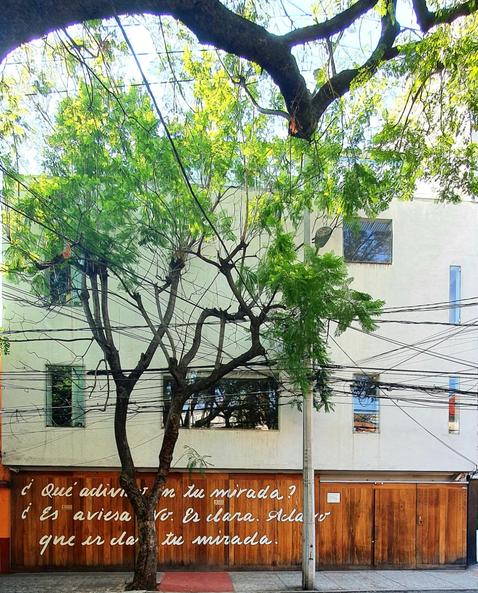 What do I glimpse in your gaze?
Is it avid? Filled with malice? No. Your gaze is clear.
Let me be clear that clear is your gaze.
–Pablo Soler Frost

kurimanzutto has transformed the wooden facade of its building into a medium to share art with the outside. The gallery has invited the writer Pablo Soler Frost to intervene its wooden door to deal with the idea of surfaces in the street as potential spaces for discourse and encounter, like how people alter their bodily appearances to seduce the gaze. Soler Frost’s redressing of the gallery’s outer appearance allows for contact with the public and the people who transit through the neighborhood, safe whilst being apart.

Pablo Soler Frost conceived the project Mayate, as a work in the midst of poetry, graffiti and street art. He has selected verses of one of his poems that were painted upon the skin of the gallery, its wooden facade, the gallery’s outer body. These verses were dedicated to the Cuban “jineteros” or male prostitutes of the island. The author conducted interviews with a some of them in order to write about “jineteros” in a more subjective and personal way and this allowed him to erase certain prejudices that reduce them to be considered as objects. From these close encounters Soler Frost composed the verses on the door that the viewer sees. In Mexico, the word “mayate” denotes an opalescent scarab or a gay man. In its pejorative connotation, this term has thus been reclaimed by gay individuals and collectives as a vindication of their identity.

Is a poem still a poem whilst on the gallery’s wall? Context is everything for the author so he conceives the painted verses more as plastic expressions rather than literary creations. Hence, the piece works as an invitation and a warning: it attempts to clear the gaze of who will later come in to see Soler Frost’s future exhibition Apuntes; which is part of Siembra (sowing) exhibition at the gallery and is planned to open once the quarantine is lifted. This work has a strong link to Siembra since its author imagines books and poems as fields sown with seeds: one of these seeds sprouted and the sapling grows on the door of kurimanzutto.