minerva cuevas - a draught of the blue

Minerva Cuevas' video A Draught of the Blue, 2013, was filmed on the coast of Akumal Quintana Roo, Mexico. The video shows divers swimming in the waters of the Mesoamerican Barrier Reef, which is currently threatened by economic ventures and facing great damage from industrial accidents. Throughout the film, the divers stretch out banners, in the manner of protest marches. One of the banners reads “Omnia sunt communia” [everything is common] which highlights the collective and integral nature of humanity with its surrounding ecosystems.

Minerva Cuevas - A Draught of the Blue, 2013 from kurimanzutto on Vimeo. 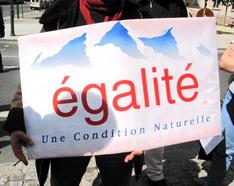