Siembra (sowing) invites Salón Silicón gallery to plant and harvest during the rest of 2020. Their proposal is based on the theme of SEX, divided into three different times and stages. This space will also include an upcoming activity program to share, think and live SEX.

A show called SEX, just like the Vivianne Westwood and Malcolm McLaren store; just like the Madonna book from 1992. An obvious and ridiculous title, we know… but we were already talking about sex: about penetrability as a concept and about the importance of lube in practice, about the repressions shoved up our asses, about a DIY approach to our evolving identities, and about the technologies we use for and against our bodies…

SEXplay is desire, wanting to connect with others, fetishes, playfulness, roleplay, foreplay, internet genitalia, the creation of sexy…

SEXwork is power, capitalism, disposable bodies, fighting for rights, violence against ourselves, activisms…

The order of the three parts is not meant to be narrative: the show doesn’t begin in laughter to end in tears. We speak of our lives because affection, pleasure and desire have been denied to us. Because our bodies have been fetishized and violated.  We don’t mind being frivolous, self-referential and hedonistic. Leave straight art to talk about the bigger issues, let them talk about the universe since they control it already.

Today, the art world seems to be interested in being inclusive. There’s big talk about racial issues, queer bodies, feminist politics; but the upper circles rarely look at the local scenes or include the precarious, the offensive, or what they consider bad taste. We don’t want to raise consciousness, we are just showing who we are: womxn, queer, trans* and diverse, who deserve love, sex, and happy endings.

please help if you can

There’s nothing revolutionary about including lesbians, gays, whores or activist language in this space. If you are learning about these issues, please thank and quote your sources. Support sex workers. Look for spaces that have been working to stand by these communities for a while. They are always looking for ways to survive, and are in need of your advocacy and donations. The resistance lies in them.

Salón Silicón opened it’s 18-square-meter space in December 2017. The gallery, a former beauty salon, is framed by colorful mosaics visible from the street in the Escandón neighborhood of Mexico City. It is run by three friends who take their art with a pinch of humor: Romeo Gómez López, Olga Rodríguez, and Laos Salazar. Of the 31 exhibitions in the space to date, almost all of them have featured womxn and queer artists. The gallery aims to be a meeting point for different expressions, languages, and people.

Romeo Gómez López’s (Mexico City, 1991) work mixes religion, celebrities, the media, and science fiction, among other elements dominated by hetero-patriarchy, to inject them with a much-needed and long over-due dose of faggotry, creating a delicious pastiche that criticizes the conservative positions of an increasingly hypocritical society.

Olga Rodríguez (Irapuato, 1981) is a gallerist with experience in the production and commercialization of contemporary art.

Laos Salazar (Mexico City, 1989) is an artist and independent curator who works with queer subjectivity and the construction of homosexual masculinity.

salón silicón met biquini wax during the installation of siembra at kurimanzutto... 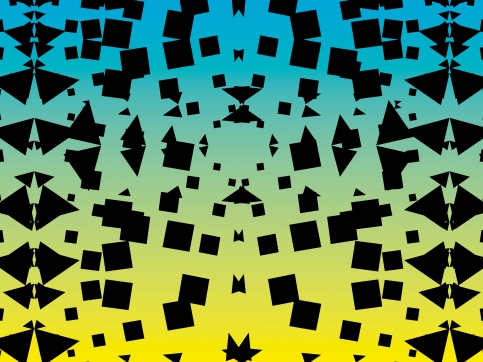 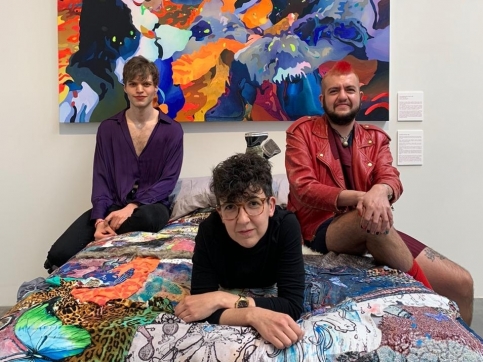 Listen to the interview to Salón Silicón by Radionopal where they talk about their work and their recent exhibition SEX at Siembra, kurimanzutto, mexico city.