The elephant’s revenge groups a number of works produced in 2007, most of them realized ex- professo for this show. The series presented in this exhibition are developed as visual essays whose subject, widely understood, is the crisis within the social sphere in relation — or dispute — with the natural world.

Minerva Cuevas practice has always been accompanied and nurtured by her relation with social activism. Her work is characterized for integrating images appropriated and reconfigured via social context studies through different media. The distribution of information, employing techniques from the commercial publicity while transgressing their consuming persuasion purposes, public interventions and their documentation, the use of video and mural paintings, are mechanisms that this artist applies to conform complex projects that expand in time, and whose dissemination transcends the space and duration of the museum rooms.

The title of the exhibition The elephant’s revenge proceeds from one of the pieces presented, and makes reference to a fable narrated through a projection of XIX century slides in the manner of antique cartoons, in which the predictable course of a story that is leaded towards its moral, ends up dislocated.

Silent Spring, gets its name from a book by Rachel Carson published in 1962, which constituted a powerful tool in the banning of DDT in the US in 1972, while it was the main pesticide employed after the Second World War. In this piece, Minerva Cuevas uses three documentaries in video, realized on the sixties, in which several images about the utilization of pesticides are condensed from three different perspectives and temporalities. Zoo, is a collection of magic lanterns that project images in black and white which make reference to the imprisoning of animal species for scientific observation and entertainment purposes, motivated by the human desire of control over the natural and the social.

Among the pieces that are presented for the first time appears Canciones de orden y caos / Songs of Order and Chaos composed by an entomologic collection and a sound installation (derived from the study of insects) which gradually becomes harmonic. Sismógrafo horizontal para terremotos provocados/Horizontal Seismograph for Provoked Earthquakes y Numismática-Arqueología del capital/Numismatics-Archaeology of Capital arise from the research recently done by this artist in the Mexican South-East region, in search of ‘chapopote’ natural sites. The first work consists in a device for the representation of geologic movements, employing crafty technology: a sand pendulum that draws the pulse of the Earth. Seismographs capture the movements not only of the tectonic plates, but also of the oil fields; this means that their function is ‘to read’ the land but also to reveal it with aims of exploitation. Numismatics-Archaeology of Capital is a collection of coins used at ‘tiendas de raya’ from the henequen Haciendas in Yucatan, Chiapas, and Campeche in the milieu and outbreak of the Mexican Revolution (1880-1910). These coins served as a system of exchange exclusive of each Hacienda in order to acquire what was produced within it, then there was no mediation between working force and consume. At the same time the equivalences were out of all proportion: the peasants and their descendants were manipulated and enslaved because of their debts. These items collected by Minerva Cuevas give account of the history of slavery and natural resources exploitation in that region, and their current forms.

By recuperating a number of pre-industrial devices as mediums for representation, Cuevas remarks a decisive moment in human history, in which the understanding of the social sphere separated radically from the understanding of nature, and the concept of progress — as the organization and distribution of the material and spiritual goods — was supplanted by one of growth and expansion for their own sake, accompanied by their counterpart, extermination, which defines the violent relations of power and competition characteristic of our contemporary world. These works are an invitation to inquire on the pertinence of this conceptual opposition, in a moment in which our planet makes clear that we belong to a broader and more diverse whole, whose imbalances affects on each of its parts. 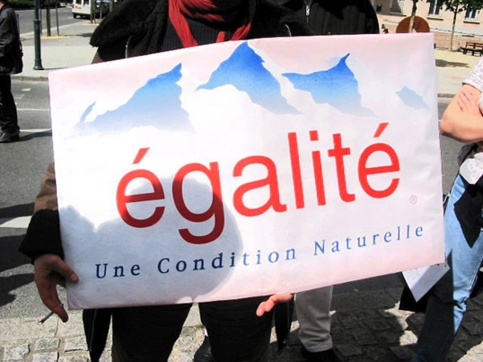