For the first time in Mexico and until 8 July, 2012, kurimanzutto, and the Anahuacalli Diego Rivera Museum, present Nuds from British artist Sarah Lucas, who is part of the generation of Young British Artists (YBA)

The Anahuacalli Museum was built by Diego Rivera and Juan O’Gorman; it reflects Diego’s work, life, and a personality that was always provocative and controversial. The muralist designed this museum in the thirties, and it was built in the town of San Pablo Tepetlapa at the only existing height in Coyoacán.

Rivera’s planning of the museum was conceived for exhibiting his great collection of prehispanic art -comprising more than fifty thousand pieces- in a purely aesthetic arrangement, in which the beauty of the pieces prevailed over the historical period, the region of origin, and the culture of belonging among other archeological criteria. This concept itself was a revolutionary one at a time when the National Museum of Anthropology did not even exist.

The history of the museum, Mexican history, the people with whom she worked, and the artisans from Oaxaca, helped Sarah Lucas find the inspiration to create sculptures and drawings that reflect her experiences with form and meaning, and to capture for this exhibition, the reality in which she was immersed.

But then again, we also find a piece entitled Dr. Atl and another one named Lupe, after Lupe Marín (daughter of Diego Rivera), which are made from materials that were found at the city of Oaxaca and selected for the purpose of creating this exhibition’s pieces. Some of these materials are: adobe for building the sculptures’ pedestals, nylon stockings, cotton brought from Juchitán, and paper.

At this exhibition, Sarah Lucas creates dialogues among her works, the archeological pieces and space. The most evident example is Reality, a sculpture placed right in front of Xochipilli, goddess of beauty, dance, flowers, corn, pleasure, the arts and the songs.

Today, maybe because of its daring and unconventional style, young audiences and artists like Sarah Lucas, who enjoy surprise and irruption, find the museum attractive.

In parallel to the exhibition, a documentary on Sarah Lucas is being made by the Mexican film maker Elisa Miller, who was awarded the Golden Palm to the best short film at the 2007 Cannes Film Festival.

The recording of this documentary will be continued in London and it is produced by kurimanzutto and Sadie Coles. 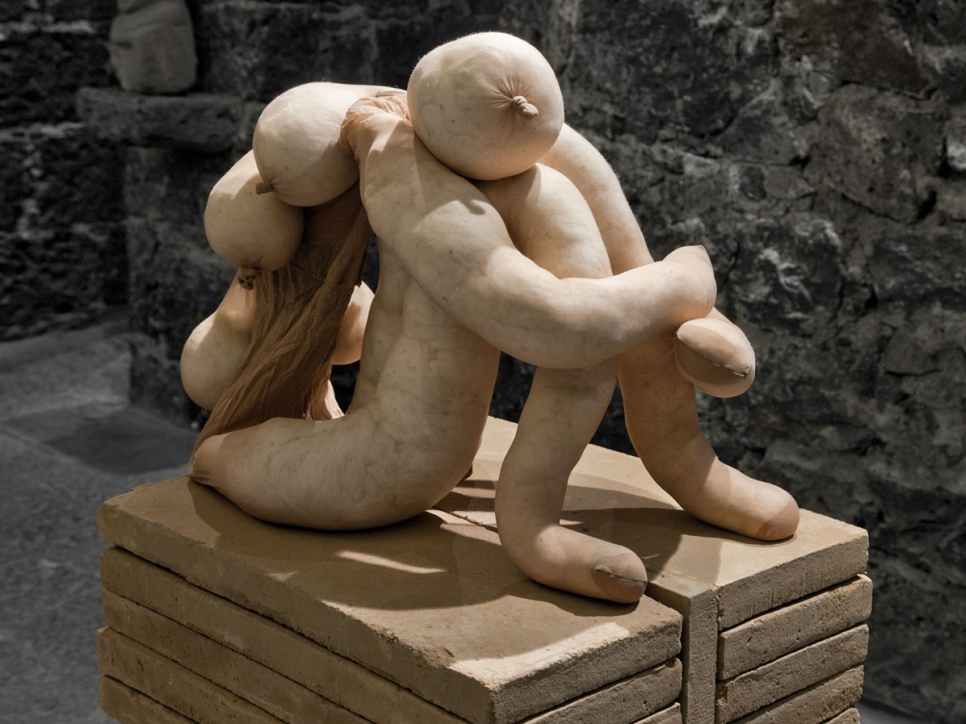