kurimanzutto is pleased to present the solo exhibition No se puede hacer una revolución con guantes de seda* by Cuban artist Wilfredo Prieto. Returning to Mexico after his solo exhibition at the Sala de Arte Público Siqueiros in 2012, the artist will present a series of small interventions both inside and outside the exhibition space.

Almost shocking in their simplicity, Wilfredo Prieto's sculptures and installations are characterized by the use of everyday objects and ordinary materials. His practice seeks to rethink the relationship between the public and the idea of monumentality, and to that end many of his artistic gestures are extremely subtle or almost invisible. His incisive interventions reflect on how the immersion in everyday life can impede seeing the surrounding world with freshness and clarity. The sound pieces in the exhibition question the deafeningly rapid circulation of information –particularly, political speeches and advertisements, which, rather than seeking transparency, seem to avoid or omit what really matters.

Against this backdrop, Prieto advocates for communicating with less: the essential or easily overlooked becomes more provocative in this context. The power of his work lies precisely in blurring the boundaries between the work of art and its surroundings, between the exhibition space and reality. Often he proposes framing and displaying something that already exists, without making it beautiful or sublime. With simple gestures and a keen sense of insight, the artist invites us to distance ourselves from established and normalized experiences so that we may see them in a new light.

*You can't make a revolution with silk gloves. 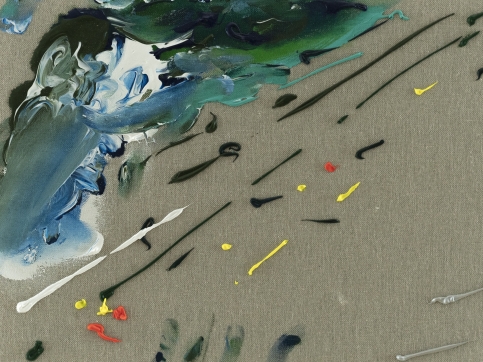