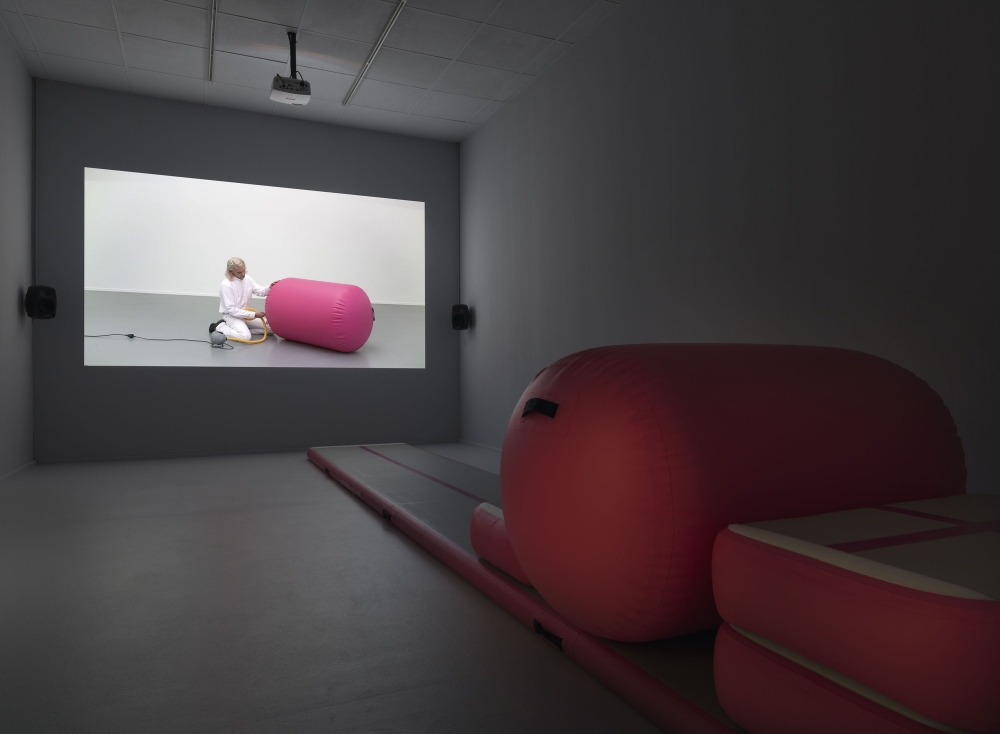 In her choreographies, performances, videos and sculptures, Alexandra Bachzetsis examines how contemporary media culture inscribes itself in the body. The core of her exhibition at Neuer Berliner Kunstverein (n.b.k.) consists of her latest body of works Escape Act (2018). Bachzetsis picks up stereotypical ideals of body and behavior spread by mass media and treats them by means of persiflage. In this sense, the characters in the video A Manual For Desire wear high heels, wigs, breast and rear paddings, as well as orthopedic back belts as corsets, and restrict their freedom of movement to the same extent that they adapt their bodies to standardized ideas of sexual attractiveness. Bachzetsis uses these props of a world oriented towards fast consumption to develop instructions for new motion sequences. In the works Secret Instructions (2005-2010) and This Side Up (2007), Bachzetsis, in collaboration with Julia Born, takes up the classical vocabulary of theater and dance and develops performances that refer to key aspects of the performing arts – language, movement and spatial organization. By removing the dialogues from pieces by Samuel Beckett, Bertolt Brecht, Sarah Kane, and others, the structure of the works becomes clear through stage directions – from which Bachzetsis, then again, creates the score of a play, which was performed by six performers and is presented at n.b.k. in the form of a publication.