After his solo exhibition in 2012 at the Museo Universitario de Arte Contemporáneo at UNAM (MUAC), Lebanese artist Akram Zaatari is presenting his second exhibition, The End of Time, in Mexico City at kurimanzutto. The exhibition presents works which, informed by his ongoing research on vernacular Middle Eastern photography, explore aspects of representation, identity, intimacy, and desire and how they are ultimately recorded. Working with existing photographic iconography Zaatari constructs layers of meaning that allow a more complex reading of our own portraits, how we choose to depict ourselves, photographs as records, and the archive as a potential capital.

The exhibition takes its title from one of Zaatari’s film works: The End of Time (2012), a choreography enacted by three figures exchanging between dominant and fragile roles. In each of the three chapters of the film, two men interpret the falling in and falling out of love, playing attraction and repulsion, taking off clothes and putting them on in what seems an eternal fable about love and separation. Initially made for dOCUMENTA(13), this work accompanies Zaatari’s Time Capsule Kassel which is inspired by Lebanon’s National Museum’s action of safeguarding their collection in concrete blocks during its civil war (1975-1991). It is a message to a future time made in the form of an architectural foundation, and an act of radical preservation.

Presented around the previously mentioned central pieces of the exhibition, Her + Him (2001-2013) is a video based on an encounter between Nadia, an Egyptian woman and Van Leo, the photographer who took her portraits in Cairo in 1959. To the photographer’s surprise, Nadia took a piece of clothing off every time he took her picture until she was nude. The video, structured like an interview, unravels not only Nadia’s story but evokes some of the social, urban, and political transformations that took place in Egypt over fifty years of its recent history.

Other projects that touch on subjects of portraiture—how it is constructed and interpreted through pictures—will be presented along, showing not an archive but an anthropological study of images.

Akram Zaatari (1966, Sidon, Lebanon) is among the most prolific artists of his generation. He has produced more than forty videos, a dozen books, and countless installations of photographic material. All of these with a range of interconnected themes, subjects, and practices related to excavation, political resistance, the lives of former militants, the legacy of an exhausted left, intimacies among men, the circulation of images in times of war, and lost letters.

Zaatari is co-founder of the Arab Image Foundation, a groundbreaking, artist-driven organization devoted to the collection, research, and study of photographs in the Middle East, North Africa, and the Arab diaspora. He has made invaluable and uncompromising contributions to the wider discourse on preservation and archival practices. Besides representing Lebanon in the Venice Biennial 2013, his works have been featured in dOCUMENTA(13), 2012, the Istanbul Biennial 2011, and the Venice Biennale 2007, among many other exhibitions. His work has been shown in institutions such as the Centre Pompidou in Paris, Tate Modern in London, Kunstverein and Haus der Kunst in Munich, Le Magasin in Grenoble, MUSAC in Leon, MUAC in Mexico City, Videobrasil in Sao Paulo, and the Museum of Modern Art in New York. 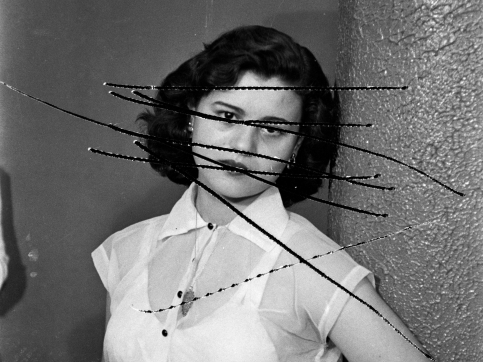